Where the Big Dogs Play

New Hampshire has many ski areas - only a few can claim to be . . . 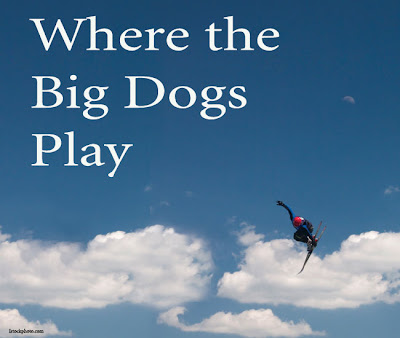 New Hampshire has so many great ski areas that it’s a bit unfair to set any aside as the place where the Big Dogs Play, among them. Gunstock, for example has one of the best ski teams in the state; Crotched Mountain is making a name for itself among shredders (snow boarders); Black Mountain and Cranmore were hosting races and training skiers long before the region along the Pemigewasset River Valley became a Mecca for skiers.

That said, there is something about the region that earlier generations of skiers knew as the Ski 93 Corridor. The mountains loom larger; the weather is sometimes more severe and between vertical drop, the challenge and sheer acreage of the experts terrain and the frequency of national and international competitions, Waterville Valley, Loon and Cannon are considered the places where the Big Dogs of skiing and boarding, do indeed, play.

Located in the southern portion of the White Mountains, the region also offers an abundance of opportunity for non-skiers, ski widows, ski widowers and those who value the après ski moments as much as flying down a field of moguls.

From Littleton in the north - where the main street is a quaint and arts-oriented stroll; to the Meredith/Bristol nexus in the south that beckons to the big dogs at the close of the ski day for dining and socializing.

[Cannon] [Loon] [Waterville Valley]
Posted by Moosewood Communications at 11:02 AM