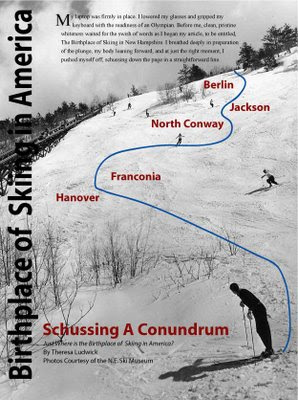 Just Where is the Birthplace of Skiing in America? 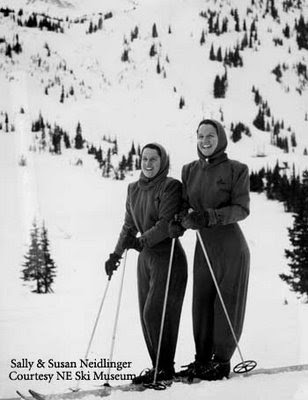 My laptop was firmly in place. I lowered my glasses and gripped my keyboard with the readiness of an Olympian. Before me, clean, pristine whiteness waited for the swish of words as I began my article, to be entitled, The Birthplace of Skiing in New Hampshire. I breathed deeply in preparation of the plunge, my body leaning forward, and at just the right moment, I pushed myself off, schussing down the page in a straightforward line.

Suddenly, I was confronted by one obstacle after another in rapid succession as my course forced me to slalom. I leaned toward the right, passing a flag that said, “North Conway.” I leaned toward the left and “Jackson” came into view. Left again and I read “Hanover.” Right: “Berlin.” Before I reached the bottom, I was on my behind, clinging to my laptop, my fingers splayed over the keyboard helter-skelter, my glasses askew. I rose lamely to my feet and gazed back at the crest of the hill, then settled gingerly on the Delete button, dangling my feet all the way back to the top.

When the question is asked, “Where is the birthplace of skiing in New Hampshire?” a number of respondents raise up proud cries of “Here!” Foremost among them are the aforementioned North Conway, Jackson, Hanover, and Berlin, and indeed, each place has its ski poles firmly planted in the permafrost of New Hampshire skiing lore. Even so, to definitively point to one location as the “birthing room” so to speak, of New Hampshire skiing, is like pointing to where the first snowflake of ski season falls.

It is much easier (and the route this author has chosen) to consider Mt. Washington Valley, overall, as a nursery of sorts to the pastime that has garnered the distinction as New Hampshire’s official sport. Each area contributed to the state’s early schussing movement and, in its own way, was unique and innovative. Their contributions are extensive, and amount to way more than a hill of beans (make that snow).

Long before businessmen in suits and ties got their fingers in the New Hampshire ski resort pie, Scandinavian immigrants in warm woolen layers were playing and competing against one another on these utilitarian apparatuses originally intended for transportation over snow (the oldest ski in existence dates to 2500 BC, pulled out of a peat bog in Sweden). These workers began arriving in Berlin in the 1840s to build the Atlantic & St. Lawrence Railroad. When the logging industry took off there, many chose to stay. 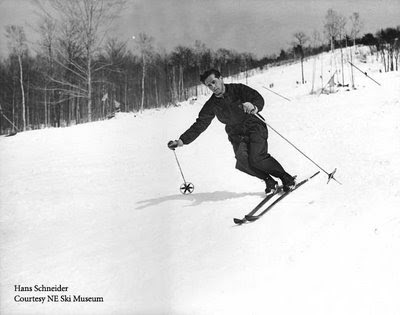 By 1882, the now called Nansen Ski Club had been formed (though unsubstantiated claims put the date 10 years earlier), making Berlin home to the oldest ski club in the country. The club’s name honors Fridtjof Nansen, a nineteenth-century Norwegian Arctic explorer and winner of the Nobel Peace Prize. Club members took part in cross-country and ski-jumping activities in Norway Village and later at Paine’s Meadow, where jumpers were competing at Berlin’s annual Winter Carnival as early as 1906. Numerous records were set there in the early years of the sport. In 1922, the Nansen club joined with several other clubs to form the Eastern Ski Association. 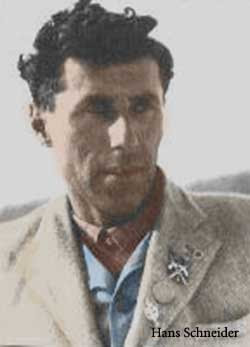 In 1910, the Dartmouth Outing Club was established in Hanover by a Dartmouth College student named Fred Harris. While today, the DOC is an umbrella organization for the school’s year-round sports, it was originally founded to encourage competitive skiing and snowshoeing. Inspired, other colleges started forming their own ski clubs and intercollegiate competitions soon followed.

The DOC sponsored its first winter carnival in 1911, and has not missed a year since 1918, when a coal shortage decreed its cancellation. In 1935, the DOC introduced the first “J-bar” cable lift to the skiing world.

Jackson claims the distinction of being the first official “ski area” in the state. Originally called Moody Farm, the humble ski lodge now known as the Whitney Inn has been in operation since 1935. To many, it is considered the home sweet home of New Hampshire’s ski resorts. In 1948, the skiing hill was extended and christened, “Black Mountain.” It was here that Carroll Reed, a ski fan and member of the Boston-based White Mountain Ski Runners, conceived and established the Eastern Slope Ski School, which opened in the winter of 1936 (the first US ski school, interestingly, was established by a woman – Katherine Peckett – in 1929 in Franconia). Reed imported ski instructor Benno Rybizka from Hannes Schneider’s St. Anton Ski School in Austria.

The country’s first overhead T-bar cable lift was installed at Black Mountain in 1935, designed by George Morton who later (1938) invented and installed the Skimobile at Mt. Cranmore in North Conway. Two years later, the rope tows were exchanged for shovel handles, making the trip to the summit easier. In 1957, Black Mountain was the first to offer skiers fabricated snow through use of a snowmaking system. In comparison to today’s multi-million dollar resort/recreation establishments, Black Mountain holds its own as a rustic, inviting ski lodge and large slice of New Hampshire skiing history.

In 1939, after moving his ski school to North Conway, Reed imported another Austrian (this time Hannes Schneider himself) to head up the school at Mt. Cranmore. Schneider and his family left Austria after the country was taken over by Nazi Germany and made his home in the North Country, devoting himself to the school and improvement of skiing conditions on Cranmore. In fact, it was Schneider who introduced the idea of “groomed” ski slopes to the area. The year before Schneider arrived, George Morton’s Skimobile was mounted up the side of Mt. Cranmore. This special railway, pulled by strong metal ropes, was a new way to transport skiers to the summit, and was only the second of its kind in the US.

The ever-resourceful Carroll Reed opened his second ski shop (the first was in Jackson) and, with the advent of the ski trains back in 1932, North Conway eventually became the new center of the Mt. Washington Valley ski industry.

Numerous innovations and firsts occurred throughout New Hampshire in the youth of American skiing. For an extensive list of these and other important historical ski dates, check out www.skiinghistory.org/historicdates. 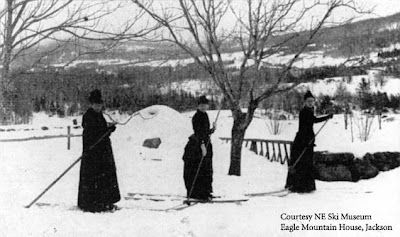 Ed’s Note: We are most grateful to Jeff Leich, Director of the NE Ski Museum in Franconia, NH for helping us to vet the facts in this article and for providing us with these truly memorable photos. If you have never had the chance to see the Ski Museum it is well worth the trip.
Posted by Moosewood Communications at 12:31 PM