Egads! No one can decide what the correct spelling of the great chief’s name is. Now to be fair, old Kancamaugus never wrote his name out for anyone. At some point in history a settler spelled the name out, based on its pronunciation . . . and even he or she was probably illiterate. Yet, I was raised in the North Country by an Iroquois father who consistently insisted that the correct spelling was Kancamaugus and it was pronounced “Kank-a-mog-us”.


The State of New Hampshire can’t seem to decide the correct spelling of the name of the highway either. On the highway signs and road maps the spelling is “Kancamagus”. Yet half of the state websites spell it with the “au”. Likewise the private websites.

Maybe it’s a big conspiracy. Designed to help local folks pick out the tourists when they butcher the name, but chances are that it simply happened by chance.So, here’s our case for consistency: If the state were to adopt the spelling as Kancamaugus it would be consistent with the chief’s fellow Sachem, Paugus and visitors and local folks alike wouldn’t have any trouble pronouncing the name correctly.
Well . . .ok, it would be easier, not foolproof.

Now before the dreaded “statewide newspaper whose name we shall not mention” calls us “tax and spend liberals” for wanting to waste all that money changing half the names, let me say that we’re willing to wait.

When the state gets around to printing a new map, they can make it right. When the old highway sign needs replacing, they can add the “U”. They don’t even need to hold a special seminar for Webmasters. They can just send an email out, it won’t cost them a dime and maybe we can create a little more peace among residents and visitors here in the North Country of New Hampshire. 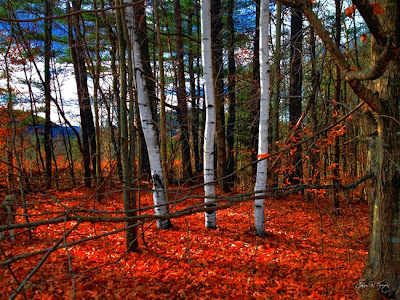 
Posted by Moosewood Communications at 10:33 AM