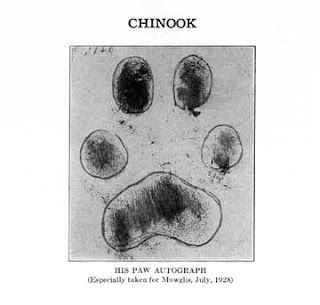 For months since we began scanning Mowglis photographs for archiving we have been trying to find more information about a seeming connection between Camp Mowglis and the Admiral Byrd Antarctic Expedition. At last the story has begun to emerge.   In the summer of 1928 Colonel and Mrs. Alcott Farrar Elwell, Mowglis’ second Director, along with his assistant director J. Tyson Stokes, took a group of thirty boys from the camp on the shores of Newfound Lake to the part of Tamworth known still as Wonalancet. While today only a 60 minute trip, in 1928 this was not quite so easy. Accounts of the trip suggest that the boys and staff were on the road for about 3-4 hours each way.

Colonel Elwell had come to be friends with Chinook Kennel owner Arthur Treadwell Walden (1871-1947) through his work providing sled dogs to the Army’s Search and Rescue teams. The visit of the Mowglis boys was aimed to make them a small part of one of the greatest adventures in recent history - The Admiral Byrd Antarctic Expedition. 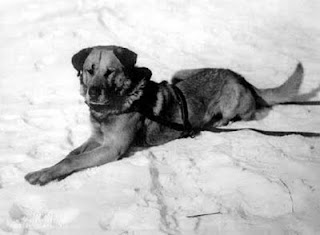 The boys would get to meet the more than 100 dogs being trained for the Expedition including the Famed “Chinook” who would lead the Byrd team and from whom the Kennel derived its name. According to Architectural Historian Jim Garvin of the NH Bureau of Historic Resources, Chinook was half Saint Bernard and was a descendant of Admiral Robert Peary's lead dog in Peary's North Pole expedition of 1909.
Again according to Jim Garvin, “Arthur T. Walden had worked as a teamster during the Klondike gold rush, beginning in 1897. After his arrival in New Hampshire in 1902, Walden began to raise sled dogs at Wonalancet Village in Tamworth. Walden acquired his lead dog, Chinook, after World War I (when it appears he met Colonel Alcott Farrar Elwell). Chinook displayed great intelligence and stamina, competing in and frequently winning sled dog races throughout New England and Canada and attaining nationwide fame in a variety of media. Walden's dog team, led by Chinook, was the first ever to ascend Mount Washington in winter. 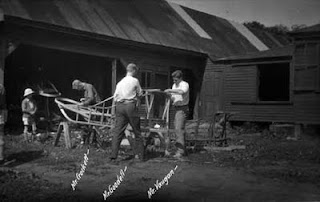 When Admiral Byrd was appointed to lead the first Antarctic expedition in 1928, Walden was 57 years old and beyond the maximum age for such service. Nevertheless, Walden convinced Byrd to employ him as leader of the expedition's teamsters and dogs.

During this expedition, in January, 1929, the already-famous dog Chinook disappeared. Though twelve years old, Chinook had been the leader of Walden's teams throughout the expedition, and his death caused international publicity that made the dog a legend.

Milton Seeley had been Walden's partner on the Byrd expedition. When the dogs became ill on the passage to Antarctica, Seeley formulated a superior dog food that restored the teams to health. After buying Chinook Kennels from Walden in 1930, Seeley and his wife continued to experiment with dog nutrition, developing effective formulas for dog food. Eva "Short" Seeley became famous in her own right as a teamster and competitive racer, strengthening the status of sled dog racing as a New Hampshire tradition.

The Mowglis boys would have known of Chinook in 1928 through many magazine and
newspaper articles that had already made the dog and the kennels famous in
their old location at Walden's farm in Wonalancet.” 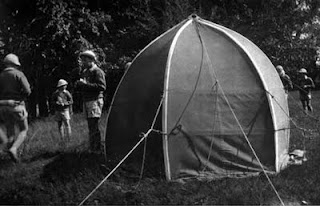 During their visit, the boys were able to watch, and by some accounts help, with the process of raw-hiding some of the 28 sleds that would be used on the expedition.

The 1928 issue of the Mowglis Howl, Mowglis annual yearbook contains a photograph of the sleds being worked on by 4 members of the expedition: Walden, as well as three members of his crew Crockett, Goodell and Vaughn (often referred to as the Three Musketeers). It also contains an “autograph” from Chinook. A paw print especially taken for Mowglis in July 1928.

Excerpts from the Mowglis Yearbook "The Howl" 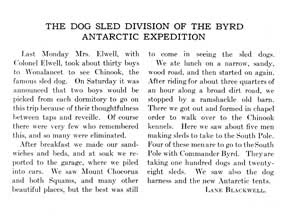 Posted by Moosewood Communications at 10:56 AM