Jeff Feingold The Journalist Eye on the NH Business Community 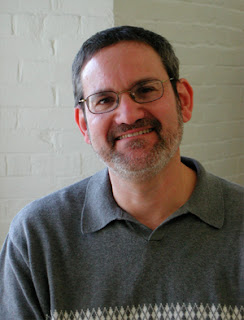 Jeff Feingold did not start his career as a journalist who specialized in covering New Hampshire's business community. It just happened that way.

An upstate New York native, he received a BA in English from Hamilton College in 1976. From the beginning he wanted to be a professional journalist. He does not regard the fact that he did not major in journalism while in college as a disadvantage in his career as a journalist.

" The best training a young journalist can get is to write and keep on writing. That is how a writer becomes a good professional reporter, not by majoring in journalism in college, " Feingold commented. In fact, this did not stop him from becoming an adjunct faculty member in journalism at New England College.

When he graduated from Hamilton his first job was at a newspaper whose name was prophetic for a journalist whose career has centered in the granite state, the UNION-LEADER. . . However it was not that UNION-LEADER.

" My first job was as a reporter and sports editor in a Union Township (NJ) weekly that shared the same name with the legendary NH daily.” He worked there from 1976 through 1979 before he became a reporter and copy editor at a major New Jersey daily, the NEWARK STAR LEDGER, where he worked until 1981. He then decided that he wanted to work in a state that he and his wife considered desirable for raising children. He sent out dozens of resumes to publishers in the states on their list. He received an offer to be an assistant news editor at the KEENE SENTINEL, which he accepted. He actually wore two hats, because he also served as a writer/editor for THE ARGUS CHAMPION in Newport, owned, in part, by the Keene newspaper at the time.

He worked at both newspapers until 1982 when he started his first stint with the NEW HAMPSHIRE BUSINESS REVIEW as managing editor where he stayed until 1991. Then Feingold co-founded and edited a weekly newspaper in New London, the HIGHLAND JOURNAL, and a state-wide magazine, THE SPECTATOR. He suffered the first setbacks of his career as a journalist when both folded. However, he was offered an opportunity to return to the NEW HAMPSHIRE BUSINESS REVIEW in 1993 as editor and has been there ever since. There he once again reaffirmed his reputation as an outstanding journalist, and this fact was acknowledged by his peers in 1995 when he was honored as NEW HAMPSHIRE WRITER OF THE YEAR by the New Hampshire Press Association.

Local and regional newspaper work has not been his sole output as a writer. He has written articles on New Hampshire real estate for the NEW YORK TIMES, state politics for the NATION, as well as writing for several regional magazines and penning a column for his newspaper's sister publication, NEW HAMPSHIRE MAGAZINE. He has also dabbled in television. He has been a regular panelist on NEW HAMPSHIRE PUBLIC TELEVISION's "New Hampshire Outlook," New Hampshire Round Table " programs, and the now defunct " Capitol Ideas With Arnie Arnesen" on WNDS. In addition he has made numerous radio appearances.

You can see that Jeff Feingold has had a full career as a journalist and writer in New Hampshire. What are his thoughts on the future of journalism, particularly that represented by daily, weekly and semi-monthly newspapers?

" I think that there will always be a need for local and daily news sources. What form it eventually takes I do not know. It could be web sites such as NHBR.com or the free dailies like the various SUN newspapers, or a combination of print and web site publications that many daily and other news publications are evolving into. No matter the form we are going to still have newspaper wars. It may not be covered much but this state continues to have newspaper wars. Some times it’s dailies versus dailies which in this state is the UNION-LEADER versus all the other dailies; sometimes it’s weeklies versus weeklies, and some times it can bi-weeklies like the HIPPO newspapers challenging the UNION-LEADER and TELEGRAPH in their home cities."

The future of journalism may also be in the category of niche publications like local business tabloids and magazines. Publications of all sorts have challenged the role of the NEW HAMPSHIRE BUSINESS REVIEW as the pre-eminent business publication in this state. None have come close, though there are a few that still publish. While Feingold would not directly address why his publication beats the competition, he did comment on how he runs NEW HAMPSHIRE BUSINESS REVIEW.

" The way I cover business in New Hampshire is to look at it as a community. I cover arts, entertainment and other topics in a way that reflects how they operate as businesses and how they interest the business community. Further, I maintain high standards of writing by using some of the best free-lance writers and columnists in the state. I like using free-lancers, and also I have to use free-lancers because I have a small full time staff. However, even if I had a larger staff, I would continue to use free-lancers," Feingold commented.

Another issue that Feingold keeps a close watch on is the possibility of conflicts of interest among his writers and columnists.

" If a writer has a vested interest in a business or individual covered by an article or column idea, I simply won’t let him or her write the piece. Along that same line any article that is written to be an advertisment, known as “aditorials”, is clearly marked as an advertisement," asserted Feingold.

Jeff Feingold has put much energy and professional skill into being one of the leading journalists and editors in NH. Just fifty years old, New Hampshire has yet to see all that Jeff Feingold is going to accomplish as an editor and journalist.
Posted by Moosewood Communications at 4:30 PM