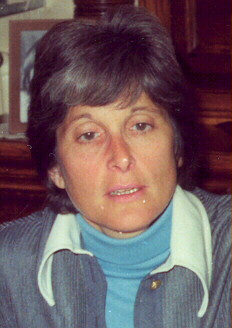 By Barbara Bald
The scene is set, everything ready—plastic cups of ginger ale and apple cider, small pieces of birthday cake, chocolate layer and frosted carrot.  In an adjoining room, bustling with anticipation, last minute stragglers scramble to unoccupied seats.  Near a podium, Donald Hall, Cynthia Huntington, Wesley McNair and Cleopatra Mathis, poets of much notoriety, wait, while friends, neighbors and budding poets pack the room.  On June 6, 2005 at the Concord Public library, all have gathered to celebrate her 80th birthday and pay tribute to the life of Maxine Kumin.  All are eager to hear her read “poetry that has made the literature of our time …richer and more humane.”
While Maxine Kumin is not a household name in New Hampshire, perhaps it should be.  New Hampshire’s Poet Laureate from 1989 to 1994, she is both a nationally known poet and an exceptional woman.  Born in 1925 in Germantown, Pennsylvania to a Jewish pawnbroker and his wife, Maxine’s life unfolded like that of any other American.  The youngest of four children, she received her earliest education at a Catholic school near her home and spent hours immersed in the natural world of Fairmount Park.  She received her both her Bachelor’s and Master’s degrees from Radcliffe College, and in 1946 she married Victor Kumin, a young Harvard student who was on Army furlough.  While living in Newton, Massachusetts and teaching English at Tufts University, the couple started their family, which included two daughters and a son.

Maxine was not always a recognized or appreciated poet.  As a freshman at Radcliffe, offering her poetry to an instructor for constructive criticism, she received nothing but rejection.  She continued to dabble in the craft and by the 50’s was writing light verse for The Saturday Evening Post and The Ladies’ Home Journal.  Her ‘typical’ life began to change when she enrolled in a poetry workshop at the Boston Center for Adult Education.  There she met John Holmes, an instructor who recognized her talent, and Anne Sexton, who became her best friend and poetic companion until Anne’s death in 1974.  The two women became so passionate about their writing that they kept the phone line open between them during the day in case a poetic line warranted immediate critique!

With her first book, Halfway, Maxine became a published poet in 1961.  She has now written and published 15 poetry collections, 4 novels, a memoir, numerous essays, short stories and children’s books.  Her most celebrated poetic works include Through Dooms of Love; House, Bridge, Fountain, Gate; Looking For Luck; and Selected Poems 1960-1990.  Her most recent collection is Jack and Other Stories, and her newest children’s book, Mites to Mastodons: A Book of Animal Poems, will be published in September.

Having taught at many respected American universities, including Princeton and MIT, Maxine has influenced many young writers.  She has also been a staff member of the Atlantic Center for the Arts, served at Bread Loaf and Sewanee writers’ conferences, and has been a visiting lecturer, Poet-in- Residence and writing workshop facilitator in all states but two.  From 1981-1982 she served as Consultant in Poetry to the Library of Congress (now the Poet Laureate program of the United States), and from 1991- 1994 was a Woodrow Wilson Visiting Fellow.  She has six honorary degrees, has received fellowships and grants from the American Academy and Institute of Arts and Letters and the National Council on the Arts, and in 1976 won the Pulitzer Prize for her book Up-Country:  Poems about Rural New England.  Other awards include: the Aiken Taylor Prize, the Poet’s Prize, the Ruth E. Lilly Poetry Prize, the Harvard Arts Medal, the Levinson Prize, the Sarah Josepha Hale Award, the Eunice Tietjens Memorial Prize, and the American Academy of Arts and Letters Award.
Maxine’s connection with New Hampshire has been a long and passionate one.  It began in 1962 when her family purchased a farmhouse with a dilapidated barn on a rolling hillside in Warner, west of Concord.  Used as a weekend retreat until 1976, the farm provided the much needed isolation from “suburbia and the noise of modern life.”  Following months of grueling work and husband Victor’s ‘magic’ engineering skills, Pobiz Farm became, and still is, the love of her life and wellspring for her poetry.  Mike Pride, Concord Monitor editor, explains this way:  “[Pobiz] provided a natural foundation for Kumin’s poetry.  It gave her the seasons, the wild, the fruits of the earth, the lives of the animals.  Horn flies, marsh marigolds and ‘fox grapes wickedly high’ buzzed and blossomed into her lines, arriving not as the remote pastoral jottings of the poet as amateur naturalist, but as familiar things, named, alive and real.”  Now over 200 acres, the farm includes a riding ring, pasture land, pond and winding trails through the Mink Hills behind the property.

What makes Maxine’s poetry so appealing is her direct, plain, practical style about things, events and issues with which everyone can identify.  Titles like Shelling Jacob’s Cattle Beans, Changing the Children, Mud, and My Father’s Neckties show Maxine learned early that the best poems emerge from one’s own experience.  Her poems speak of the rhythms of life, of comings and goings, receiving and letting go.  Because she is such a “meticulous observer,” they paint vivid pictures in readers’ minds, and whether they are about slogging through April mud, birthing a foal, trying to save the dog that fell through the ice or making jam without a child, they have a way of touching an emotional soft spot most readers can not ignore.  Tears, whether they are for life’s fragility or for the beauty of her words, can well up at any moment.  Maxine’s poems mesmerize audiences and strengthen human bonds that exist between everyone in the room.  Whether hearing her read in Robert Frost’s barn or at her birthday celebration, she has the ability to make the ordinary extraordinary.  As Christian Science Monitor writer Steven Ratiner’s says, “Writing poems is as natural to her as breathing.  Not easy, but natural.”

Maxine Kumin, the woman, is no less exceptional than her poetry.  She’s been an avid equestrian, a carriage driver, swimmer, scholar, teacher, ‘farmer,’ naturalist, wife, mother and poet.  In her 80’s she is still active and lives life with a “hang-in-there-baby” spirit.  Severely injured in 1994 in a horse-drawn carriage accident that broke her neck and eleven ribs, and resulted in internal injuries that almost took her life, Maxine orchestrated her recovery by walking repeated laps around her horse ring while reciting the poetry of A.E. Housman.  She even managed to record her healing in a memoir entitled Inside the Halo and Beyond: Anatomy of a Recovery.


Maxine has always strived to stand up for what she believes in.  In 1995 for instance, she and fellow poet Carol Kizer resigned from the post of Chancellor of the Academy of American Poets.  Together they were responsible for the Academy’s shift in policies requiring larger representation by women and minorities.  In a similar vein, once feeling she had to present her poetry from a male “persona,” Maxine now writes from a perspective that she feels is unique to a woman.

Having grown up spending hours exploring marvels of the natural world, Maxine has become a steward of the land.  In her words to Steve Ratiner, “If I couldn’t open the door and put my feet on the earth, I think I would languish and fade away.”  When referring to walking the hills or tending to animals, she adds, “It completes me, makes me feel whole, makes me feel an integral part of the world I live in.”  Since moving to New Hampshire, she and Victor, husband of sixty years, have raised (besides their three children) ten foals, a myriad of rescued dogs and cats, some sheep, and organic vegetables, and have tended sugar-maple taps.  Such poetic titles as You Are in Bear Country, Sleeping With Animals and With Caribou reflect Maxine’s fascination with the non-verbal connection between humans and animals, a bond she still shares with her dog Virgil and two remaining horses, 23-year old Deuter and 29-year old Boomer.

Maxine Kumin has lived her life and written her poetry with the same sense of clarity and balance.  Ratiner adds, “Never to be steered by literary fashion in academic orthodoxy, she has cultivated her clear, intimate, irrepressible poems in the same determined manner she’s used to nurture family, farm animals, and her small corner of the earth.”  Maxine sees poetry as a way of gaining perspective on life and by sharing poetic stories, a way of gaining immortality.  As a New Hampshire neighbor, Maxine would welcome us to her farm, her life or her birthday party.  In the literary legacy she will someday leave behind, she welcomes us to a life we all share.

"In the depth of winter
I finally learned
that there was in me
an invincible summer."
~ Albert Camus

Posted by Moosewood Communications at 12:24 PM