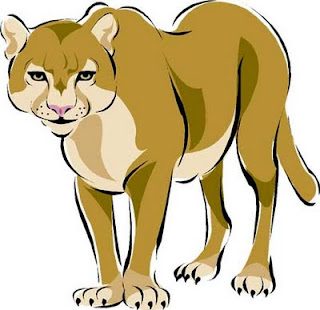 As Director of the oldest & most active independent Mountain Lion Study Group in the eastern U.S, I agree wholeheartedly that native big cats continue to roam eastern North America.

Since we began field studies on the mountain lion in 1965, in central Maryland, over 9,000 sightings have been collected.

Of this overall total, approx. 63% are from witnesses with backgrounds in law enforcement, wildlife/game, & foresters. In other words, the witnesses are people who know what animal they are seeing.

75% of all sightings are NOT fleeting glances of the animal, as some state & federal wildlife agenices claim. The majority of incidents range from 2 minutes or more. Some reports are of 5-10 minute time lengths.

Although mountain lions have long been considered nocturnal animals, the most credible reports are between the hours of 7AM & 11AM, where the cat is returning from its nightly hunts. The rest of the time of day/night is about 50-50.

The majority of reports are from states closest to the Appalachian Mountains between eastern Canada & Georgia.

Of the 65 pieces of material submitted for verification in 2004, 12 were verified as "probable" puma. 2 were identified as "exotic cats". the remainder of material were tracks, scat or pictures of various land mammals.

The above evidence was confirmed by the Eatsern Puma Reserach Network's professional Science Team.

EPRN is a "grass-roots" torganization of both volunteer men and women interested in the subject of big cats in eastern North America. The majority of our members have independent wildlife groups of their own in 17 states & 2 Canadian Provinces and became "associates" due to the fact that EPRN is the only group cataloguing & recording each event.

NO state east of the Mississippi River is devoid of reports.

We have a videotape that was sent to us by a New Hampshire resident that was confirmed as a puma, due to size & behavior patterns. Unfortunately, the resident is adamant about NOT making the tape public, due to the fear of someone killing the animal that regularly visits the area.

We (the Eastern Puma Research Network) publish a flyer entitled "All You Need To Know About The Eastern Cougar". It’s FREE to anyone sending a stamped, self-addressed, business size-envelope to us.

Anyone can make copies of this flyer, as EPRN did NOT copyright it, so more people can understand the attitude & characteristics of them.

For anyone wishing to obtain a free copy of our flyer, to obtain more data on the animal or to report a sighting, they are encouraged to contact us at the address listed below.

Please visit our NEW web-site & sign the guestbook. New material is being added & will soon include maps showing approx. locations of credible incidents in each state.
Thank you for your time, 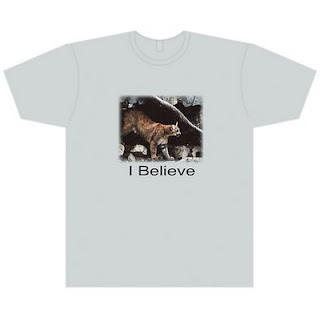